Already more than a week I live within four walls and the only time I go outside of my home is for a morning run and to visit a store just before its closing time. Interesting that in the moment that I would want to try out ordering groceries online the endless lines don’t let me realize that. At the moment the only thing you can get ordered to your house in two days' time is alcohol. I tried it out, but I think that this was a really dumb idea from the Latvian government - to let people order alcohol online, knowing how many dudes are sitting at home right now, at the time when most other entertainment options are banned.

I am starting to think that I know all the littlest details about my apartment. If I needed to make a photo robot for the apartment, I could do it perfectly.
Emergency in the country. Right now that is the situation in our country and not only in ours. Schools are closed, gyms, cinemas, many shops and also the border. It looks like I won’t be able to go on a trip for a while.

Understandable that there is a need to protect the people and to stop this madness. In some news, I saw that we could be in this situation for like three, four months if not even longer.
I am responsible and I try to distance myself socially as much as I can, but I need to be honest - it’s really hard and boring. It’s starting to feel like a reality show where they put people in these buildings where they can’t leave.

I have used this time very usefully by working and making money. Considering that most entertainment options are gone, I’m working more than ever before. As a result, I have made more money during March, than for example, January and February together. This has been a fruitful month, I can be truly proud of that. There are almost no expenses this month as well, so it’s nice to watch the bank accounts grow. But how much can a person work?

I have watched almost everything that interested me on Netflix, also can’t seem to find anything normal on Youtube as well. All bars and nightclubs are closed. I understand I understand, it needed to be done, but it’s crazy when you can’t see people.

It’s such nice weather outside and it’s getting even warmer. I understood that I needed to get out of the home. Get out of this city. To just sit in my BMW and drive to calm my mind. A year or two ago, I bought some photography equipment and started to really get into it. I was even thinking of earning money with it. But my interests changed and now the camera more just piled up dust on the cupboard. Sometimes I bragged to guests that I am a photographer. Maybe I need to become one? At least for a day or two?

I decided that I need to make use of the camera and go hunting for beautiful pictures. I started wondering where the prettiest scenery was and how to really take pictures of them. As much as we have beautiful nature, it seems this time it won't be enough with just nature to satisfy my need for truly great pictures. Beautiful nature needs a beautiful girl in the foreground. Maybe it was the self-isolation, but I already started to text some potential models, who would be crazy enough to get out of the house with me at this time.

I texted a girl named Ramona a message with a text “You and I, camera and nature?”. She always has agreed to crazy ideas. I met Ramona at one crazy party in Jurmala. We spent that night together, but now we are more like friends. Could call it friends with benefits type of situation, but we haven’t ever slept together, although we both know it will happen someday.

After a few minutes, I received a text agreeing to the adventure and took my camera. 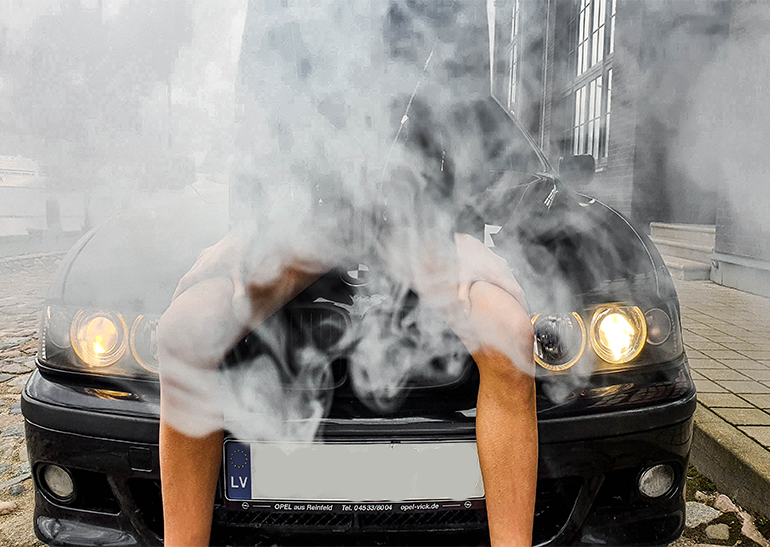 When I went to get Ramona, to my surprise, two girls got in the car. Ramona was together with her friend Dace, who will make us company. Turns out the girls' last two days were spent together to ease the loneliness. I got a bit upset since I had hoped to spend the day alone with Ramona, flirting and maybe making the photo session into something more passionate. But I’m not a person to throw a girl out of the car, so I agreed to the turn of events - two girls and nature. And I need to confess, Dace was a very beautiful brunette with a model’s body. Already at the start, our eyes met and I could see in her face a really flirty smirk.

Dace had taken with her three bottles of champagne and three funnily small-sized plastic glasses. We all drank a glass of champagne to celebrate our meeting. I am a responsible driver, so for these occasions, I have a police-grade breathalyzer in my glove compartment.

When we got to the Ogre Blue Mountains we got out of the car. Sadly, the solitude I had hoped for was nowhere to be found, since a lot of other people thought this was a nice place to get out of the house as well. The girls were visibly drunk and smirking. The masses of people seemed to not bother them to take pictures, but I understood that we needed to find a quieter place. We drove around, searching for a spot for the photo session. The girls, though, didn’t want to take pictures outside much and went back to the car.

So cold, they said. I really didn’t want to agree with that, since it was +10 degrees outside and sunshine, but looking at how they were dressed, they could possibly be cold. The girls had summery clothes on, although it was the end of March.

I thought the photo session had ended, even though it hadn’t really started. The girls' company was nice and I couldn't complain, but the day was made for great pictures. Ramona, after possibly seeing my sour face, suggested an alternative. Why not take some pictures in the car. I have a cool car, she thought, and everyone has seen nature anyways. Dace agreed. I turned around in the driver's seat and turned on the camera. They posed on the backseat and I started taking pictures. Between the pictures, they were drinking champagne and took off their jackets.

After some pictures, Dace laughed and said that she is getting hot and started taking off her clothes one by one. I liked it, of course. Spicy photo session, I hadn’t thought of that. In the end, Ramona also joined and smiled flirtatiously. 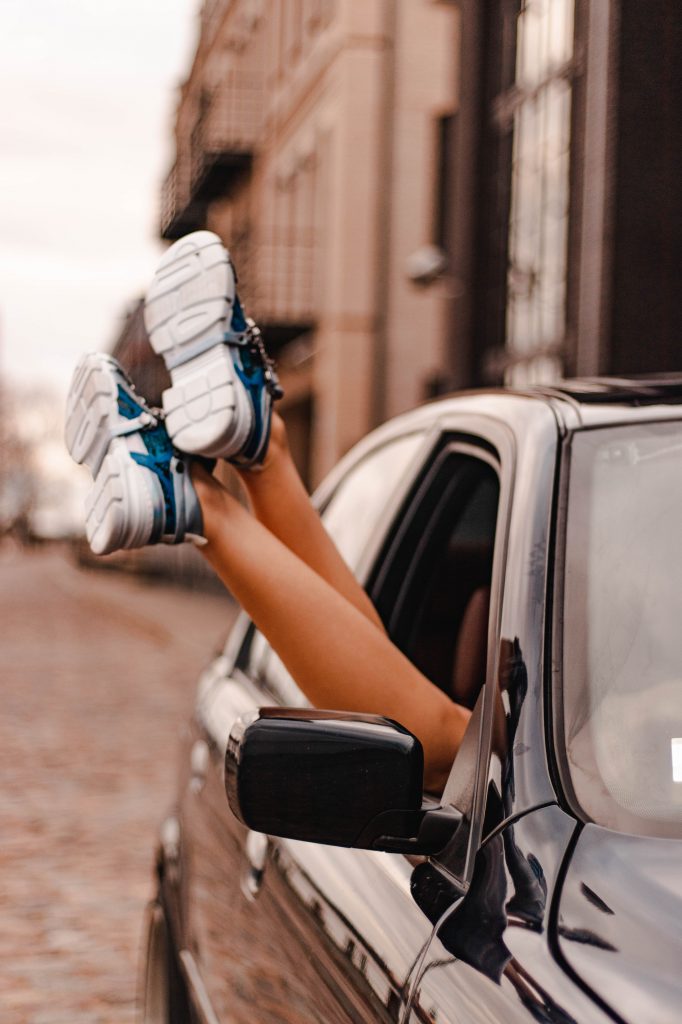 When it became darker, the girls dressed up and wanted to go home.

I asked if the girls will also spend tonight at Ramona’s, because I kept making plans on how to realize my fantasy. I wanted to offer girls to Ramona’s house and come in for a glass of champagne and say that I can’t drive home drunk, but Ramona immediately said that her head is hurting and she just wants to sleep alone at home. I think Ramona felt mine and Dace’s chemistry and felt a bit jealous. It was even more confirmed when she said that Dace needs to be let out first because it is on the way, but I answered that her head is hurting, so I will drive home her first.

When I was left alone with Dace I saw a mischievous smile in her face. I didn’t want to drive Dace home and it seemed like she didn’t want that as well. I gave her a compliment that the body I saw today was really worth picturing. At the same time, I put my hand on her thigh. Dace put her hand on my hand, moved it a bit up her thigh and answered that she really liked undressing in front of me. Champagne must have made our conversations very open. At this moment I was sure about the ending of this evening and confessed why I drove Ramona home first.

To a bit turn away from the tension and to reserve it for later in the evening I changed the theme of the conversation. I said I miss the everyday social entertainment such as cinema because everything was closed right now. Dace completely agreed and in true emotions confessed that she also missed the cinema very much. In a calm voice, I offered a movie night at my place. Some good movies, popcorn, and hookah were enough to entice Dace.

….Continuation in the next blog!