“All the time it seemed as if the door handle was being lowered. I ate, quickly kissed her and got going.”

I AM BACK IN RIGA TO PARTY HARD.

Let's have a wild party to warm up! After the impressions of the USA, I was open to new adventures. After holidays in the USA, I have come to the gloomy and wet weather in Latvia, which we call winter.
This short story about Lāsma began when I forced my friend into giving me a phone number of the girl I have noticed. I even told him to warn the beautiful lady that I will contact her. She replied: “Try!”

Do you know those beautiful gold digger types of girls? She was exactly like that — a beautiful and well-groomed woman like a Barbie doll. Such girls are dangerous, but it was too late — my mind was already blurred.

How did our date go? Honestly, the beginning of the date was rather clumsy. We couldn't find a common language and the conversation was not flowing. Then suddenly I began to speak my truth and shared my belief in how many people themselves are influencing their own destiny with positive or negative thinking. Lāsma completely immersed in the conversation and started telling about horoscopes, happiness, and her own experience. The dinner flew by in an instant. On the way to the car, I invited her to a short stroll through the park. I chose the most romantic corner of the park, stopped Lāsma and admitted that the evening with her turned out wonderful. At the next moment, I was already kissing her sweet lips. 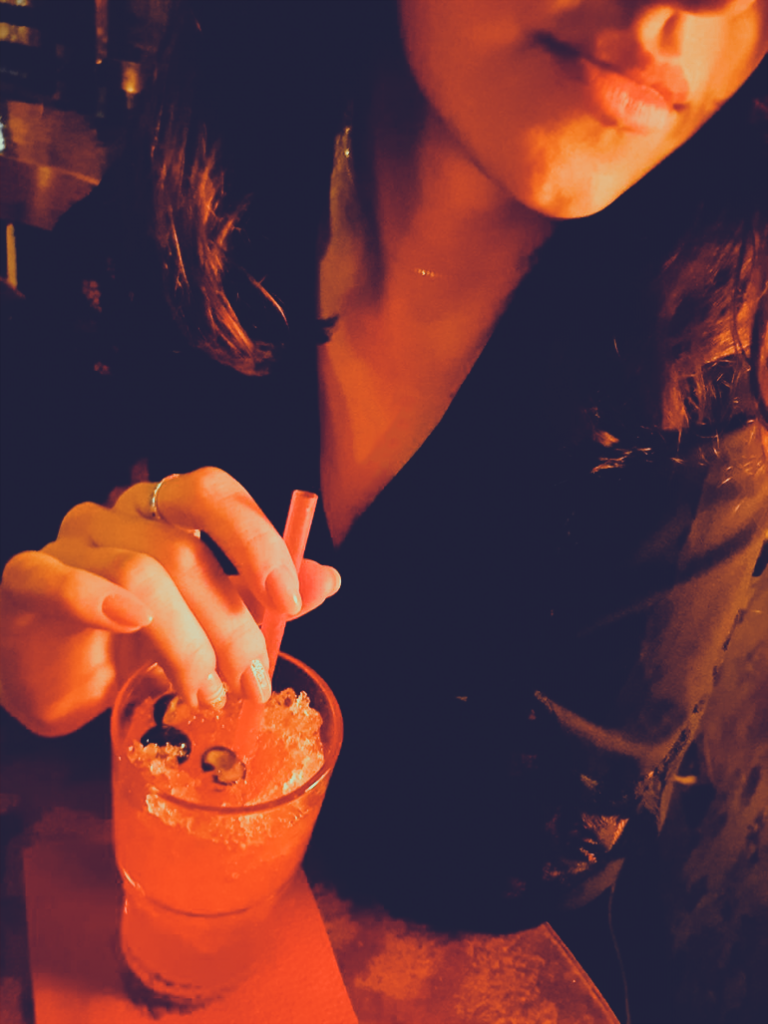 Another good activity to grow harmony is a "Kuba Cafe" bar. Dances, conversations, and glances. It seemed as if we were already on our fifth date. Lāsma was smiling and getting warmer and was not objecting to touches. Also, a little bit tipsy. With a little trick up my sleeve, I promised to deliver her home, but first collect something at my apartment. Let's put it this way, unintentionally I invited her to smoke a water pipe and one thing led to another. Gentle touches, we get naked too quickly, and Lāsma didn’t object to any of my wishes. Sex quickly became hot, passionate, and the girl breathed heavily. After a spectacular finish, we wrapped ourselves under covers and quickly fell asleep. In the morning, I saw a little panic in her eyes, but I managed to quickly calm her down. I jumped on the opportunity while we both were still naked in bed, by slowly kissing her, I moved lower and lower until I was between her legs. She was my priority and I made her feel my presence. I understood that for some time she was flying above the ground. “Don't stop... Continue!”, she said in a feverish voice, and those were the last words I could hear.

We chose to spend Saturday together. We went ice skating at the “Lido” outdoor ice skating rink. For dinner, we chose a place in the city center. We ordered two Long Island Iced Tea cocktails to free the atmosphere of the evening and let the conversations flow. After ice skating, the appetite was good for both of us — both of the plates and cocktails were emptied quickly, so we ordered more snacks and, of course, cocktails. Word by word, laughter, and conversations... We decided to go out and have some fun also tonight. Let's say — a very wild party and I don't even remember how I ended up in Lāsma's apartment. Once I woke up in the morning, I realized that I had already been there. I recognized details about the apartment and remembered her roommate's name - Liene. It turns out that a year ago, I had a one night stand with Liene and due to misunderstanding things ended badly back then. It was by far the most uncomfortable breakfast ever. During breakfast, I had a feeling that her roomie would walk in. All the time it seemed as if the door handle was being lowered. I ate, quickly kissed her and got going.

When the stress decreased, I began to realize that I missed the openness and tenderness of Lāsma. She had even cooked a delicious breakfast. Gotta meet her again, but there is one problem — her roomie. Next time she will cook breakfast at my home.