“I was alone with waves and the ocean. Nothing else exists as the next great wave appears from afar, and from that moment capture all my attention...”

It is the end of February, the sands surround me, and my body is baked by equatorial sun rays. In front of me, the waves of the ocean crumble ending just off the coast of Brazil. By a wide hand stroke, I erase my own drawing in the sands, grab my surfboard and run to catch some waves. The chain of such events, surfing and spending time on the beach, stays in my mind until the evening.
I've arrived at the Southwest Morocco, on the edge of Africa. As I mentioned in the previous blog post, being in Morocco is directly linked to my adventures in London and the people I met there. Though the main cause for all this is linked to the fact that I made a mistake and bought my return flight from London to Riga a month later than necessary. I chose to make this mistake an adventure. One of the party friends Max is regularly going to Morocco to surf, and I chose to join him.

So, from a cold London, I ended up in Morocco, where the day had a pleasant temperature of +25 degrees Celsius. Okay, I admit that at night a warm jacket came in handy, but in general, the climate here is much more pleasant than sometimes summertime in Latvia. I didn't need to think about where to stay because my friends had already rented a house in a small town near the ocean (the name of it is so complex that I called it “a small town under Agadir”). I was given my own room with a view to the neighboring courtyard, a surfboard, a wet-suit and a place to chill at the terrace on the roof. Nothing was lacking for complete happiness.

Unlike my companions, I have had only a small surfing experience back in the Canary Islands. While you are just in front of your computer and browse through the pictures, it looks so harmonious and graceful, but when you are at the ocean shores and see with your eyes huge waves approaching and rocking everything in their way, reasonable doubts start to sneak up. Max taught me the basics of surfing, told about the way ocean currents work, and where is the best place to be for catching the wave. This training was short, but it turned out that surfing is more of a complicated process that requires undivided attention and a lot of training. 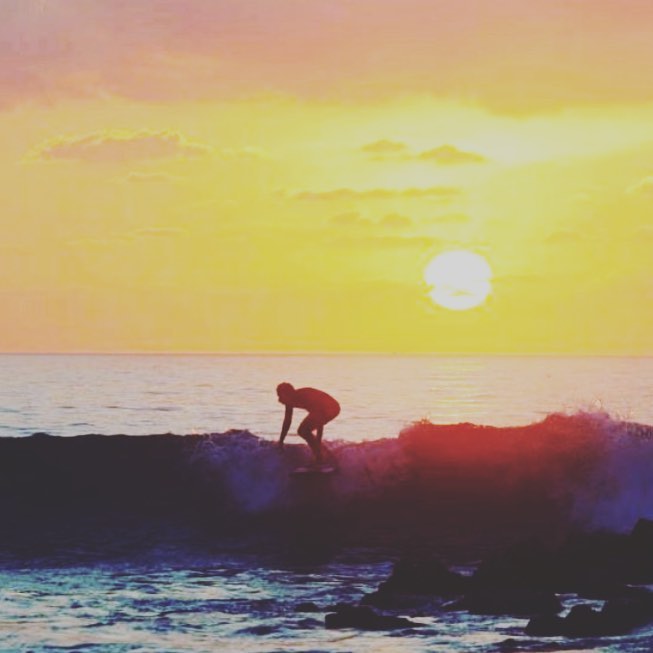 I went to the ocean, and the first few times, the waves pushed me out rapidly. The only encouragement — it is a lot of fun, like in an amusement park. Now, when the fears were gone, I went to catch waves again and again. At first, I stayed close to the shore, tried to see how it is when a wave brings you on the board. This part came quite easy for me, but it was just a small start. Even when the wave wasn't big, it was difficult to stand on the board. The first day went by struggling, falling, being in the waves and gulping water. However, when I came out on the shore after the first session, I set a clear goal for myself. I want to surf at least one wave of my height until the end of my journey.

That evening we cooked dinner together at the house. At the table I couldn't stop talking about surfing, waves and that I could do it all the time. Friends mostly just smiled, maybe they remembered their first time on the board. I had a very pleasant company, all experienced surfers and adventure seekers. I formed very good friendships with these people, having spent each evening together smoking shisha or water pipe and discussing important and less meaningful things in life.

The town in which we were staying was rather simple. One main street and three-story residential buildings. On the street side, there were grocery stores and shops to buy goods for surfing. Here was a good mix of locals and hippies. Hippies were the original tourists of this land, and they discovered its magic for a huge mass of people. They were also attracted by the large Moroccan hashish plantations.

Since there were no clubs and Muslims don't consume alcohol, the only entertainment place we tried was the local shisha bar with an ocean view. Although the locals were very friendly, I only get to know the local friends of my friends. One of them was the manager of the shisha bar and the other was Miguel. Miguel was a local surfing instructor, bodyboarding instructor, tour guide, guide, interpreter, driver... You understand what I mean. Here, if you want to earn a living, it is useful to have various skills. Miguel was a passionate football fan, and this topic gave us a chance to have a deeper conversation. He also told me a lot about life in Morocco. Shortly, it is not particularly dangerous or difficult to live here, and the locals are not lazy. But much depends on the king's instructions, the money brought by the tourists and the conflicts in the whole continent of Africa. Many locals dream of being able to go to Europe and work there. However, it does not prevent them from being hard-working in their homes. Morocco is a developed African country, and one can feel the strong influence of Europeans through many generations.

On the following days, I spent a lot of time chilling in the sun on the terrace. Gained impressions and conversations with local people made me think about how well we are doing in Europe. All our everyday problems and arguments seem to be so trivial and fictional in comparison to day-to-day living in less developed countries. There is no doubt that the long-term thinking of European people has led us to sound decisions, investments in the future and good living. But the same thinking forces us to worry about life much more than we should. Here people are happy because they value happiness in everyday situations. This is the one lesson that we have forgotten in Latvia and I hope that one day it will be adopted as a foundation for a successful life.
In the afternoon with some surfers and Miguel we went to the local market, where we enjoyed the most delicious fruits grown under the sun of Africa. Delicious little bananas, juicy and tasty oranges, an avocado from the paradise. There was also a great offer of spices, nuts, various handicrafts from local craftsmen like clothes, scarves, pottery, metal products, etc. In a separate part of the market was all kinds of seafood. This place is like a dream for gourmands and lovers of natural products. In my head, it is difficult to compare the masterpieces of these people with the mass production on the shelves of a popular supermarket in Latvia. I chose to buy as many spices, products, and oils as possible to take home. 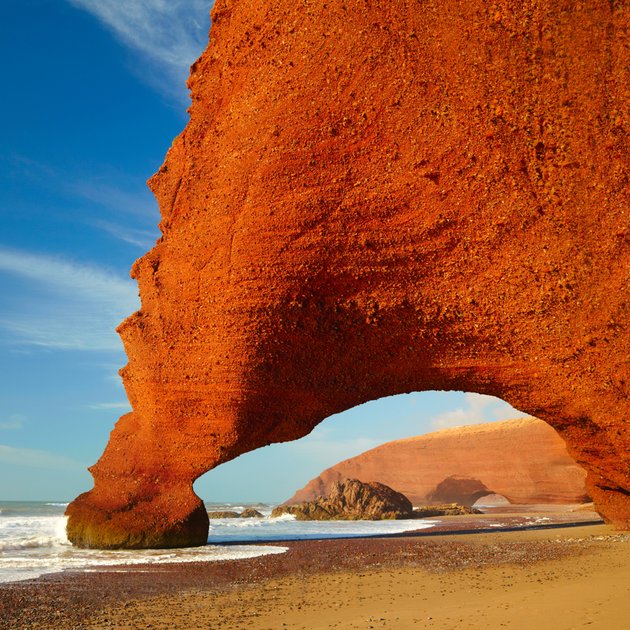 The last day I devoted to surfing. Arming with a surfboard in my arms and a thick layer of sunscreen, I went to catch the waves. I wade in the water until the waist, I leaned on the board and started rowing with my hands against the waves. I felt like a pioneer who embarks on an unknown and dangerous journey. I was alone with the waves and the ocean. Nothing else existed as the next great wave appears from afar, and from that moment captures all my attention... It's like an infinite game where you fight not with the strength of the ocean and waves, but with your abilities and alertness. Of course, for the most part, I'm still a loser in this game, but occasionally I catch a wave, I feel it gives me strength, I pull myself up, and stumble on the surfboard towards the shore. At this moment I felt like a king of the world. Maybe I was surfing only for five to ten seconds, but in my head, it was an eternity, which fills the mind with so many emotions that there is no better feeling. When I again fell into the water, all the heavy effort required to reach the next wave seemed worth it. This is a type of drug, an adrenaline producer, love that can last forever.

After saying goodbye to my new friends, I went to the airport terminal with my bags and started the journey back to Latvia. This time, I felt completely relaxed, and my mind was organized. And even though I will miss the sun and the ocean, I'm full of motivation to make more money for livelihood, so that in the future, I have the means to spoil myself at the exotic corners of the world.