This day began with a cup of coffee and deep views in the distance. I was not used to living 100 meters above the ground and I watch the surrounding houses, streets and cars every day. There was another reason for this carefree sitting. After the closure of borders and all sorts of restrictions, there was simply not much to do. Yes, I continued to work at the computer every day, often went to the gym and studied a lot about business and profit, but that ended my daily duties. Usually, I was still employed in renting my uncle's apartments, but now this business was also paused and the apartments are being repaired and prepared for long-term rent.

People always say that a calmer moment in life is needed to look back and do something and read a book, to chill. But I have nothing to think about, right now I have a feeling that I want to meet people, travel around, spend money, and live life. Ironically, the government is trying to limit all of these things at the moment. Another thing that freed me of time and thoughts was the active cessation of contact with Anna. She then stood me up and did not come on a spontaneous date. Although I was even more upset and in a way liked it, I decided that I should take a break, for the time being, forget about her for a while. That's why I moved the workouts in the morning, not in the evening when I came with her.

So, I looked at the flow of traffic on the streets and compared it to the rotation of white foam in my coffee. Always hurry back and forth, but also get back and forth. Then suddenly I received a message on the phone from my uncle. I had a task. I had to remove some things from my old apartment that bothered the new tenant. The story was that I had to move out because of her because her father, an old friend of my father-in-law, wanted to rent her exactly that apartment because it was closest to her school. My uncle, being a good friend, obeyed, and eventually, I had to suffer as I moved out. But everything ended well, I found my new apartment, which is 100 times more beautiful. I remembered that girl. She was pretty and about my age, but I definitely didn't want to help her because of this incident. I had the impression in my head that she was definitely very spoiled.

However, my uncle asked me to do it. And it will be useful for me to ventilate my head, so I got ready and went there. 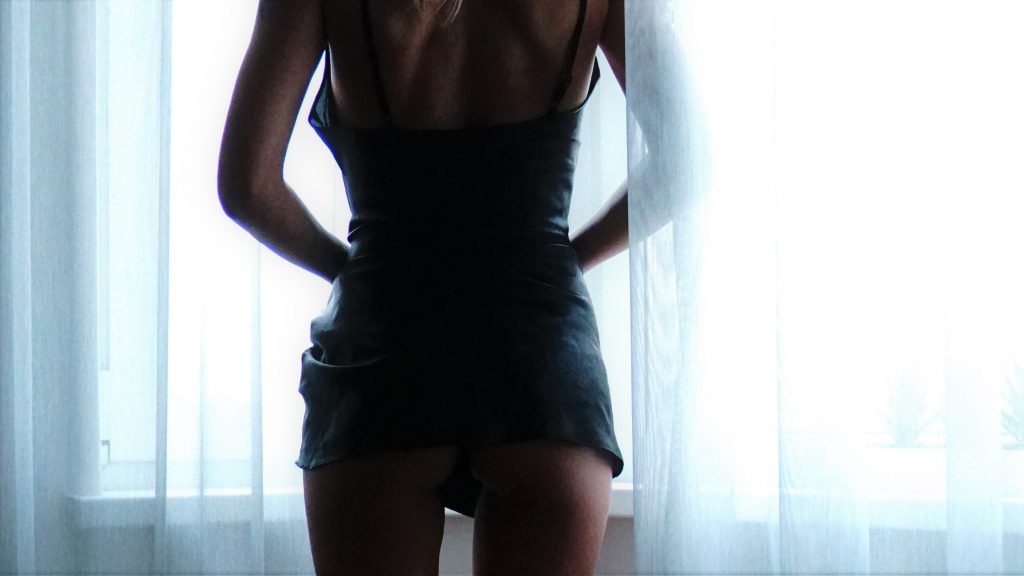 It's such a strange feeling when you go along the route you used to take home every day, but this time you are just a guest. I knocked on the door and waited for it to open. I could smell fresh food and flowers. The apartment had remained noticeably different - more cozy and feminine. However, nostalgia was suppressed by something else. The same girl was standing in front of me, but this time I saw her in a different light. She had curled her hair and had a shy smile on her face. And as a bonus to everything, she stood in front of me in a nightgown-like blouse. I tried very hard not to look, but by the time I noticed the bulging breasts in the blouse and a little bit of the nipples, my whole attitude towards the situation changed. I greeted her kindly, but in my head, my thoughts about this girl had completely changed in a hundredth of a second.

My task was to collect a couple of paintings and some other unusable details. I made a couple of social jokes about the fact that the apartment obviously improved with the new owner. Somehow, inadvertently, a comment broke out about the fact that a lot was experienced in this bed. The comment turned into a moment of awkward silence. The girl, Natālija, looked at the bed and then at me. The thought of having to change the sheets again and clean the bed thoroughly will surely come to her head.

I changed the subject and continued the conversation. I told her that in the past I managed to crush quite a lot of people here at parties, And we realized that it is cooler than now, when everyone is sitting at home and there is nothing they can do. Then I collected my belongings and was about to go. Natālija asked me if I could help her with one thing. She had to bring a new, bigger sofa and I could help. I agreed. I also didn't have much to do and I can transfer my work to the evening without any problems. In short, that day I took my uncle's belongings, arranged a rental bus, took away the old sofa, brought the new one, and managed to bring several more things. Natālija was very happy. We were much better acquainted when we spent the day together. And I wasn’t mad at her anymore either, Well .. I got a little angry .. but I also felt a strong sexual attraction. I knew I had the green light here. So I allow myself to be direct and cheeky. I offered how much I smelled from the great skills of a cook so that we could make dinner together. She agreed. After dinner, I offered to stay at the movie. This time, too, she relentlessly agreed. We settled on the new sofa, which was really damn much more comfortable than the previous one.

We sat calmly for a while watching the movie and talking about the story, but we could feel the sexual tension in the air. Certainly, she also feels the difficulties of this time to get out of society and get the attention of the opposite sex. Or in short - we both wanted sex. And now was the time for the most important movements. I offered to pour a drink for both of us and when I returned, I sat shamelessly close by and put my hand on her leg. The first feeling was very strange because I felt her feeling and we perceive these touches. But my job was to stay confident on my move. Double-down. I stroked her leg up and down with a gentle motion. She put her hand on mine and stroked closer. I knew it was a victory.

We continued to watch the movie, talk about different topics, and at the same time, I continued to caress her leg. The conversations were really pleasant. Slowly we got to a very comfortable position where she settled into my lap. My hand naturally came to her back. I started to move from gentle to a little more aggressive. I will cling stronger to her ass. She raised her head and, with her eyes closed and her lips half-open, sought mine. We started kissing. It seemed to me that very soon we would become naked and everything would happen naturally. She was already very hot on me, panting a little and I had my arms around her back again. But then she removed my hand from behind and told me to keep watching the movie calmly. I realized that I would have to fight in this case. We continued to watch the movie, but after a few minutes, we returned to kissing and touching. And then again, she suddenly stopped me. And so several times. With each pass, I allowed more and more freedom in my hands and tried to excite her, waiting for the moment when she would stop me. I knew that at some point she would break and not get excited. And so it happened. But it was an hour later than we had undressed each other, but she still abstained. This turned out to be an interesting game. Now I kissed her passionately at the same time and my hands stuck deep in her panties. This was a critical point and she no longer resisted.  Since we were both very, very excited, our joys were relatively short, but still - wow. Although I had previously perceived this girl as a bookworm and a shy person, she fully opened tonight. I could feel that she had a million crazy surprises deep inside her and I felt just a few of them tonight.

However, after sex, I regained the feeling that I had slept with a girl who is almost like a family friend. What if one day we meet in a larger gathering of relatives? Is it even crazier if my uncle finds out what I've done? However, I went here on business and this is not exactly the customer service that is expected of me. I decided that these pleasures should be left as a carousel of emotions and a dispersion of boredom. After a couple of movies and two of our "sessions", I went home, thanked her for the evening, and left this event in the past.