Los Angeles - the city of stars. The place where all of the actors, singers, dancers, and dreamers get together. The place where you can either realize your dream or break it into pieces. I’m saying all of this because I haven't yet been in a place with such high contrasts. In one moment you’re going past a villa that’s worth millions of dollars or a shiny skyscraper and after a few steps, you see a group of homeless people, who right there, set up some tents and are now overthinking their lives. The city of angels gives a strong impression. Of course, you can realize all of your dreams here, but you need to also realize, that in a city of 10 million people your ambitions can disappear compared to everyone else’s. And in the middle of all this circus was me - a guy from Latvia, who was here to party and get inspired.

First, I will say that LA is made after the American dream - every family gets their own house. The city is filled with many single-story, two-floor, and three floor houses with small gardens around them. This type of building takes up a lot of space, so the city is stretched out like a pancake to all sides. Driving through the whole city can take even 3 or 4 hours.

Car hire is a basic necessity and that is even told by the locals. That’s why renting a car for us was a necessary condition to check out the city. But we didn’t take a regular car, we took the electric Tesla Model 3. To be honest, Tesla is one of the best cars I have driven. When you step in the car you get a feeling that you have stepped in the car building future. Already after the first drive with this electric car I got a thought, that all the other cars seem to be from the last century. Quietness, immediate power after pressing the pedal, futuristic screen, which controls everything that happens in the car. Autopilot is one of its best features. Imagine, while driving on the highway, you can just lay back and enjoy how the car drives itself. 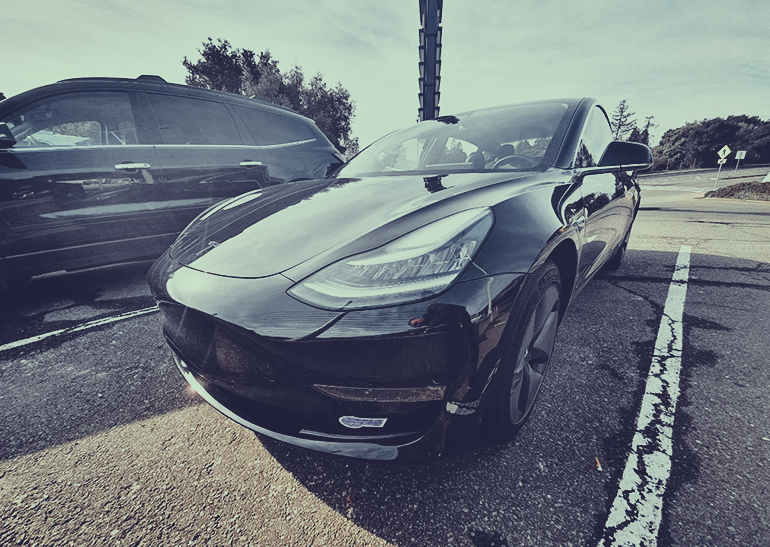 We also went to try Los Angeles nightlife. We were brought to a quite original club. They brought us through a small door and in front of us was a girl, who met us laying in bed. She asked us if we are ready for what will happen next and if we want to head inside. When we agreed, she pressed a hidden button and the bed, with the girl, moved and it revealed stairs that went to the club. I think that that is a very interesting idea and a nice way to lure new customers. I hadn’t seen that anywhere else.

Cocktails in LA were much more expensive, though, compared to Latvia or even Europe. I paid around 16 dollars for one cocktail, plus twenty percent tip. After that I noticed that Grey Goose vodka, one of the best I have drunk, costs, compared to cocktail, just 40 dollars and that was for the whole bottle, that’s why later we chose that. Clubs in Los Angeles were really interesting. I was in a club that was made like a big house party. You get the feeling that you are at some university party from the movie “American Pie”, but no it’s a club.

At this party, I also experienced something that hasn’t happened to me before. While I and Dāvis were checking out the dance hall, from the other side of the hall a short, but trained and good looking, guy marched straight to us. I thought that he would have some important message, but he just asked how we are doing and how we like the party. Afterward, he explained that he is here with a company, who is in the middle of the dance hall, but he doesn’t like dancing himself. He invited us for a few cocktails at the bar and we agreed. We spent some time talking with him. The guy was kind, shy and looked a bit like he didn’t fit in at this kind of party. Although I like talking with strangers, we just wanted to meet some girls, so we needed to get rid of the guy.

At that moment five very good looking girls came to the bar and, to my surprise, all stood around our new friend. Turns out they were the company he was herewith. At that moment he opened up, said jokes about which all of the girls laughed. He teased and flirted with all five girls. It looked like the girls were completely under this man’s control. I hadn’t ever seen someone change so much. With us, he was just like a shy teenager, but as the girls came he turned into a real casanova. I usually get used to a new company fast and know how to get the attention of girls, but this time it seemed both me and my friend were invisible. This mysterious guy got the complete attention of the girls, like a magician. After around ten minutes he drove away with all the girls in one car. I was in a bit of a shock, maybe I still have to learn how to seduce girls. I did hear someone say in the club that the guy was a famous director or something like that. Maybe that’s why girls were so glued to him. The rest of the night we continued talking with strangers, few of them seemed pretty interesting. And that’s how I understood that in this city there are quite a few interesting people and that their motivations, for us, Latvians, can seem completely incomprehensible.

The rest of the week we spent seeing various Los Angeles districts. We checked out Hollywood Boulevard, Downtown, Venice Beach. In the evening we checked out bars and places to relax. To be honest, it just wasn’t enough with one week, to get the full impression of the city. Maybe this is the best city in the world with lots of talented people and the biggest possibility to be successful. But maybe this city was built on top of false dreams, fake and egocentric people. I will definitely return to check LA out more, but right now I’m ready to return home and continue working on my own success story. 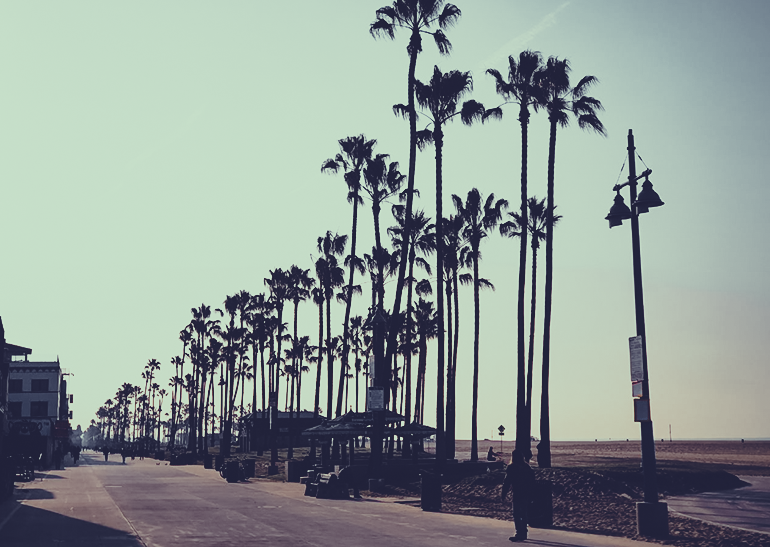