Friday night. Ramona spent time at a themed girls' party - which didn't interest me at all. So I went to sit in the 8Lounge bar with a couple of friends. I was more in the mood to sit quietly and get home on time. I had just reminded myself of it, looking at the clock when I was struck by a phone call. Before answering, I stared at the phone screen for a while like a spell, I couldn't believe she was calling me!

After exchanging a few words, I realized that Dace wasn't really in her skin - she was having a hard time talking and it was even harder to find out where she was now. Dace was drunk - almost unconscious and asked to be picked up. She was in a gas station on the side of the highway, alone. It was good that I had rented a car for a while until I got a new vehicle (BMW of course). 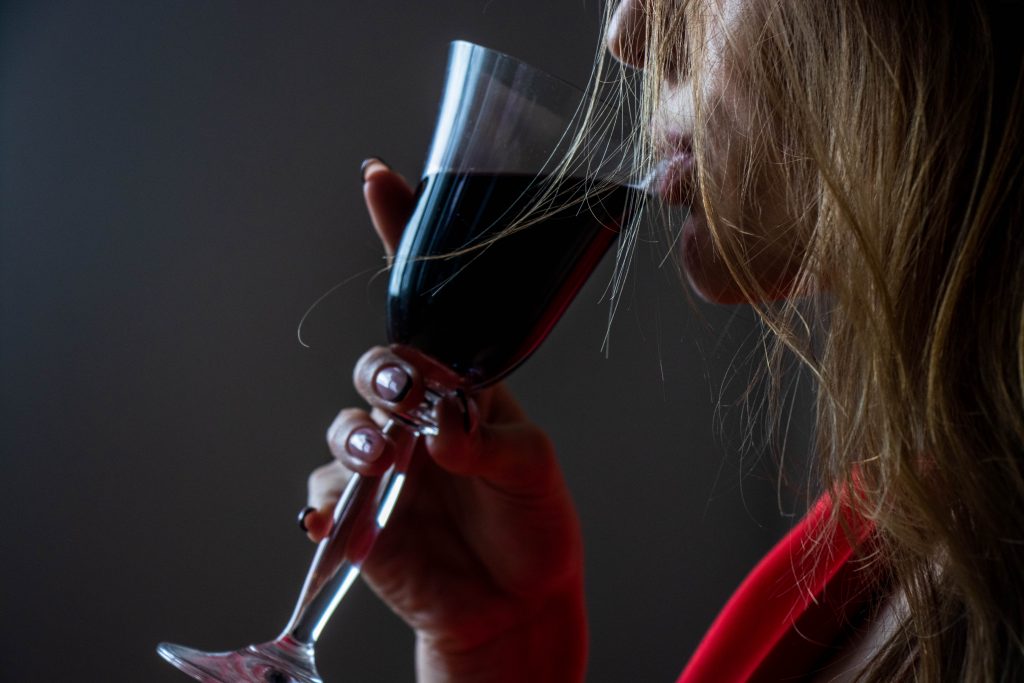 I wonder why the girls remember the guys just when they need something, but my conscience did not allow to leave Dace in this position on the side of the highway somewhere in the woods. And I wasn't in the mood for bitter jokes about stalking and her previous threats to send police on me for trying to contact her. Dace wasn't even able to keep the conversation going, either. Anyway, I was actually glad she was calling me at this point.

I asked her to send me in WhatsApp her location and ordered her not to move under any circumstances. It later turned out that Dace was at a friend's wedding party. When the party was over, the only way to get home was with an acquaintance and her boyfriend, who was sober. At one point, the girl began to feel like Dace was flirting with her boyfriend. There was a major controversy that threatened to turn from just exchanging swear words into something violent. The girl announced that she would not go anywhere with this slut. I can imagine that the guy felt caught. To disobey his girlfriend's order, it might have seemed as if Dace had really "turned him on", as she herself had said. They stopped at the gas station to refuel. When Dace returned from the toilet, she realized that no one was waiting for her anymore and that all her belongings, except the phone, had remained in the car. No matter what the guy thought of an excuse, leaving the intoxicated girl in the gas station in my eyes looked like cowardice. I consider violence a sign of weakness, but at that moment I wanted to paint that guy's face thoroughly with a fist.

Immediately after getting in my car, Dace literally fell unconscious. It was impossible to talk to Dace about anything, and the keys to her apartment were left in her bag, there was one option left - to drive to my house.

The journey in which Dace slept sweetly had partially restored her speech. But given what she was talking about, they didn't go complete with judging skills! Before Dace began to "cry her heart out," I had made her tomato juice with pepper to reduce the effects of the impending hangover, as I thought, while she asked me to pour more wine. I filled a glass of wine with juice and sat down next to her on the couch. She exaggerated and regretted it at the time. At the wedding, she has realized that there is a real spark between us and that she herself wants a family and children one day. She wants her own wedding on the beach, in a lilac dress and accompanied by live music. We are very compatible and I will be a great father! The longer she talked, the more I wanted to pour myself tomato juice, but to mix it with a thorough dose of vodka. I left Dace for a moment to go to the toilet. When I returned, I found her asleep on the couch and decided not to wake her. I took off her shoes and covered her with a blanket. Really an unexpected outcome of the evening - so far in my house, a girl has never gone to bed dressed. Especially after almost proposing to me. If you don't take into account that Dace under the influence of alcohol tends to exaggerate and make moves, which she later regrets, what she said even moved me. But the big picture also seemed unrealistic, untimely and out of place. I hoped that in the morning she would have forgotten it all and that there would not be any awkward moments. 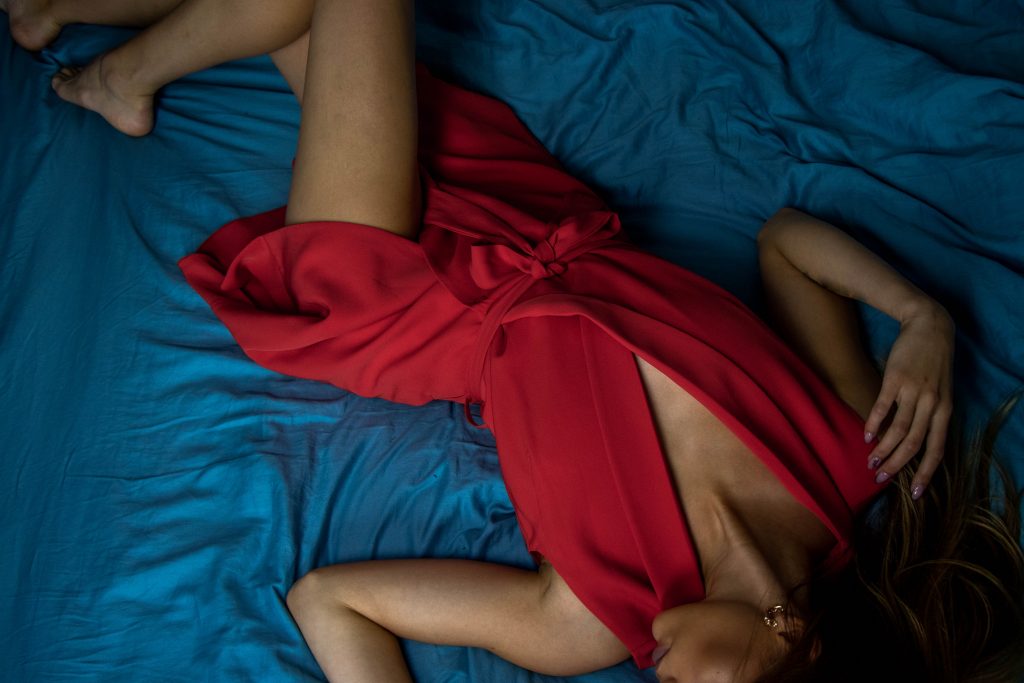 In the dream, I felt gentle touches and a warm body hugged me. When I opened my eyes, I realized that it was really happening. Dace still had wet hair after the shower. She kissed my neck and stomach, sliding lower and lower. I did not expect such a rapid turn of events… Her mouth tightly surrounded the epicenter of my excitement and did not let go until I grabbed her and sat her on top of me. It seems to me that there are several sex moods. There is passionate, reconciling sex. And there is very gentle, “feeling” sex like I had with Dace that morning. I do not know why. But maybe all together. The only thing that made me a little careful was how she looked at me for a long time and as if through a pink cloud. She seemed to be on a frequency known only to her. I didn't want to go into it and luckily Dace didn't continue the topic last night. I prepared breakfast for us, which we slowly ate right there in bed when I received a message from Ramona: “Let's go to sea! I'll be in 20 minutes. Don't dress! ”

After the girls' party, Ramona planned to spend several days with her cousin in Kuldiga, but apparently, the plans had changed. For the first time, I felt caught - I wanted to go both ways at the same time, but I realized that this was not possible. By no means were they allowed to know about each other! As far as I know, Dace and Ramona were still at war with each other. And I'm in the middle - I don't really want to be in a relationship, but it happens all the time. No excuse would stop Ramona anyway, so I had to think about how to gently and without suspicion make Dace realize that it was time for her to go. I was relieved when Dace interrupted my howling thoughts by simply saying, “I have a little headache. I'm probably going home. " For another moment, she looked at me in a way that I couldn't decipher or hoping I'd try to dissuade her or to tell me something important. There was not much time left, I took the risk of offering to take her home, but fortunately, Dace woke up to the already familiar emancipation, no, she will call herself a taxi. 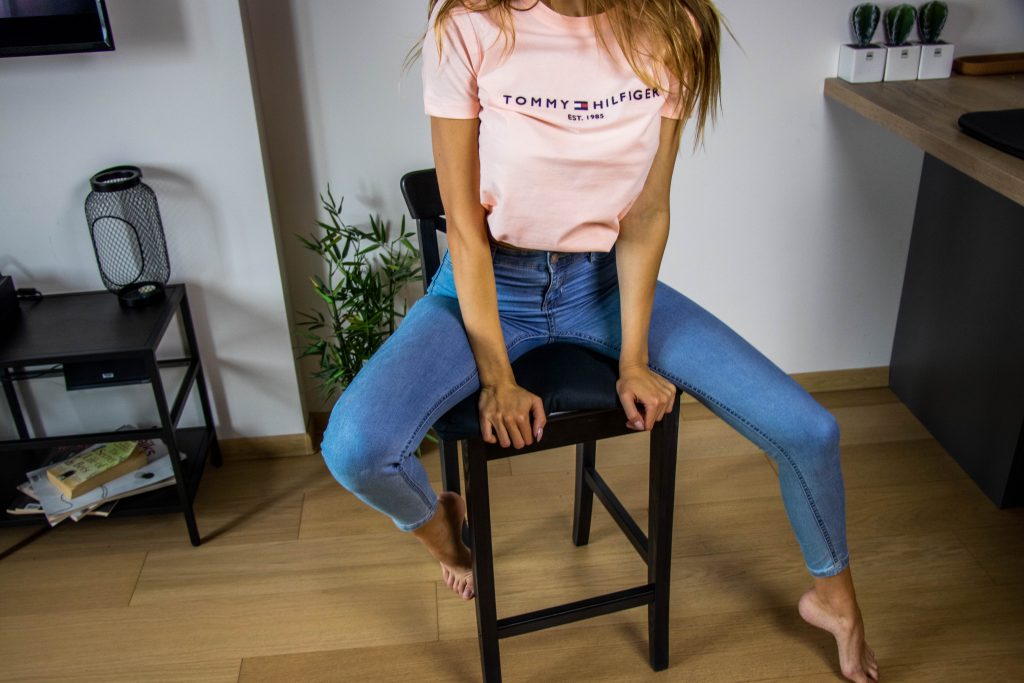 After about ten minutes, Ramona was sitting next to me in the car, and I still felt a small dose of adrenaline about the success of this situation. I began to believe that it was the finger of fate.

Driving to Saulkrasti, still in such a high mood that I didn't even think about the speed limit, suddenly a new Škoda with flashing beacons appeared in the back of me. The first look, of course, was at the speedometer, which showed just over 110 km / h. When I stopped, I immediately realized what it was going to be about. An overweight police officer arrived and asked for documents. Immediately guilty, I asked him, "How fast?" The policeman replied that 156 and that I would be able to take some rest from my driver's license. At that moment, a bomb exploded in my head. What, what, what? What 156? I know I was breaking the speed limit a little, but not so dramatically. My intonation and face changed. I asked the police to come forward and show me a video of the violation. The policeman ignored my demands. He said that he would go to write a protocol and that I would see the video on Gaujas Street at the Chief Inspector. At that moment, I grabbed the phone, got out of the car, and said that I had not driven 156 km / h. I am driving with 110/120. No one shall be deprived of a driver's license for committing such an infringement. When the police saw it, I turned on the recorder and repeated again to stand in front and show me the video. A worried look appeared in the policeman's eyes and he began to walk around the spot. For a moment I thought I had angered him and would immediately be laid on the asphalt with my hands clasped on my back. But the policeman just looked at his colleague, took my documents, and dropped them on the ground at my feet. Then, without saying anything, he left quickly.

I regretted that I turned on the recorder instead of shooting a video so I would have evidence of this incident. It must have been an unsuccessful attempt to extort a bribe because they thought I probably didn't know at what speed I was driving. Does the fact that I drive a BMW immediately mean that I always fly everywhere at unrealistic speeds? Also in the new CSDD advertising campaign for aggressive driving, only BMW cars are displayed - it only cultivates stereotypes about BMW - that they have the most aggressive drivers. In fact, according to statistics, BMW is not in the first place in this column. 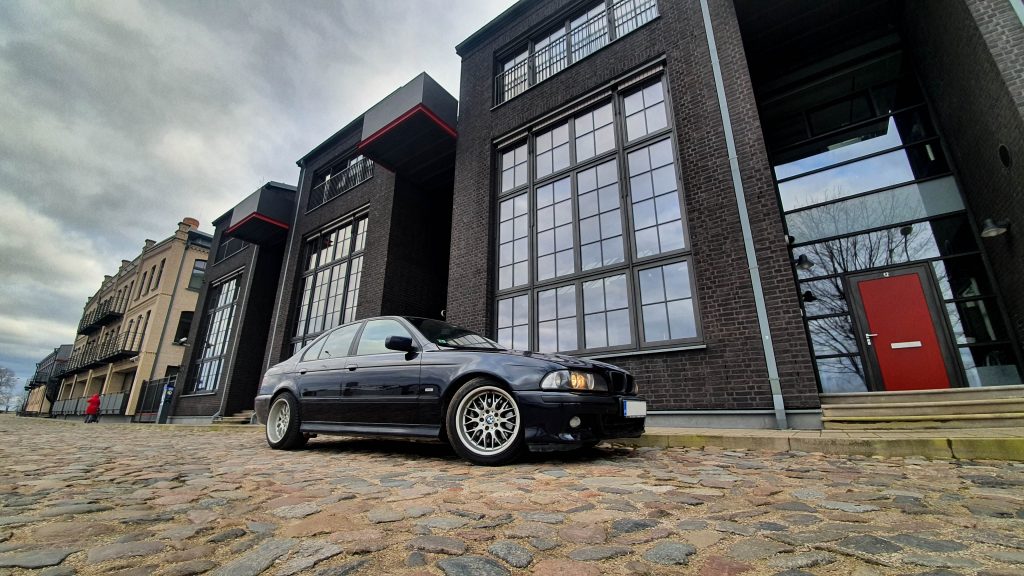 Although I was aware that I was a little over the speed limit and I was not sentenced, my mood was severely damaged. I decided that I would enjoy the evening and keep thinking about Dace - that is - I had to think about Ramona at the time, who was in the chair next to me.