As I mentioned before, in Vegas you see slots already in the airport. While we were waiting for our luggage, people already sat at the gambling machines. I, myself, wanted to try slots in a better atmosphere than an LED-lit airport. Anyways, it seemed funny to play games on a big touch screen and I made sure that Vegas is a gambling paradise. We, though, put only so much money in the slots to get the free drinks. 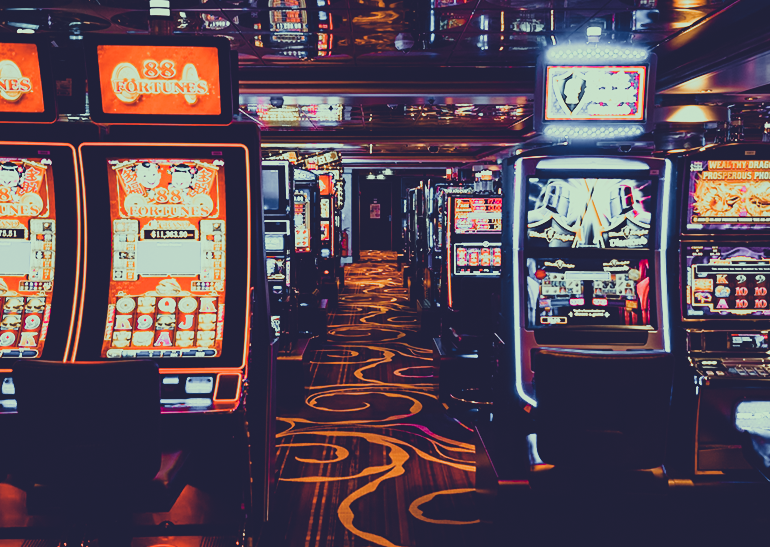 After a few hours, I was already walking through the Vegas strip. It was interesting to observe the gigantic hotels, countless lights from slots, cozy Americans and the bewitched tourists that all were just thinking of how to faster spend all of their saved up money in the slots.

It was surprising just how many people were heading every night exactly to Caesar’s Palace. Well, it wasn’t a surprise, considering that this hotel was enormous, the casino space was even more enormous, but even all of that was topped by the shopping mall, which, of course, was also full of slots. There were 16 restaurants in the same hotel space. And have I mentioned that the second-largest nightclub in the world Omnia nightclub Las Vegas, was also located here? While I and Dāvis were walking around the hotel we got lost a few times and it was very complicated to talk of a place to meet.

The New Year’s party for us continued for two days and two nights. We met the most real American party groups as well as girls with whom we spent together nights. Unfortunately, the fast pace of Vegas meant that all of those people already packed their bags and left by 2 January. But my friend and I wanted to relax a little bit after all of the partying.

In the following days, we went to the Grand Canyon with a helicopter. We ordered a helicopter tour, which started in Vegas, flew to the Grand Canyon and flew back to Vegas. This tour made us feel a bit like celebrities, considering that a limo drives you from hotel to the helicopter and then you take off and fly over the whole Las Vegas. The helicopter landed next to the Grand Canyon. We also got to enjoy a glass of champagne and some snacks, which was offered by the tour. The canyon has been created by washing the Colorado River through granite rocks for thousands of years, leaving a unique and glorious memory of the wonders nature can bring. While flying over the I couldn’t take my eyes off of this amazing beauty. By the way, the Grand Canyon is almost the size of Latvia. Truly worth seeing, if you happen to be in Vegas and want to experience something exclusive with a dose of adrenaline. 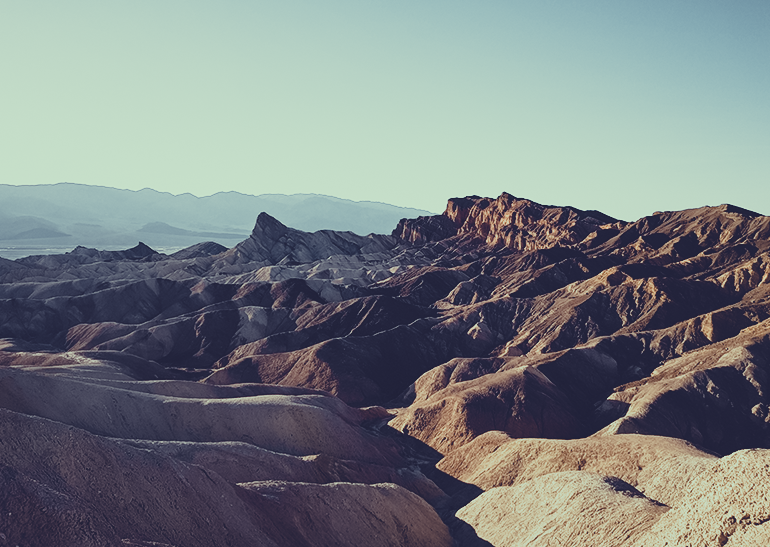 To balance out cultural wonders with scandalous events, on this night we chose to enjoy Las Vegas Titty Time and went to strip club. The easiest way to get there was to go to the Vegas Strip and check out the advertised offers. It wasn’t long before we got offered a good price, as well as a limo that will take us there. Then we got offered an even better price, then a cocktail, then - a private lap dance and in the end, we got offered a meal. At that moment we couldn’t resist their offer anymore and we went to a strip club. We didn’t even know where they were taking us, but we wanted an adventure and we wound up in Larry Flynt’s Hustler Club. The place was just like my expectations of what an American strip club should look like - big neon signs, angry-looking bouncers, a bit dirty atmosphere and a lot of foreign girls. While there we exchanged our money into one-dollar bills and went straight to the dance hall. I haven’t ever seen someone work that hard to earn one dollar. The view was quite enjoyable, to be honest, I had imagined it being a bit different, but striptease is like a delicate choreographic dance - there was nothing vulgar about it, only erotica. Definitely, only a confident woman can show herself off like that. Their feminine bodies helped as well. Their breasts were rarely real, though, mostly it was just some surgeon’s masterpiece. As a big female lover, I can say, that what allures me more is the naturality.

We got offered lap dances and when we heard the price, we were surprised. Only twenty dollars. I would even say that that is unforgivably cheap for us just to try it once. We started buying dances for each other, till cash in the wallet was nearly gone. We thought of a challenge to invite all of the girls in the club for the lap dance to get the “full experience”. Personally, my favorite was the only girl who had real breasts. Some of the girls wanted us to take the “private room” for 120 dollars. Some even offered the special “private room” for 500 dollars, but as they implied, it was more than just a dance. I politely declined as I didn’t think I had to pay someone for that. 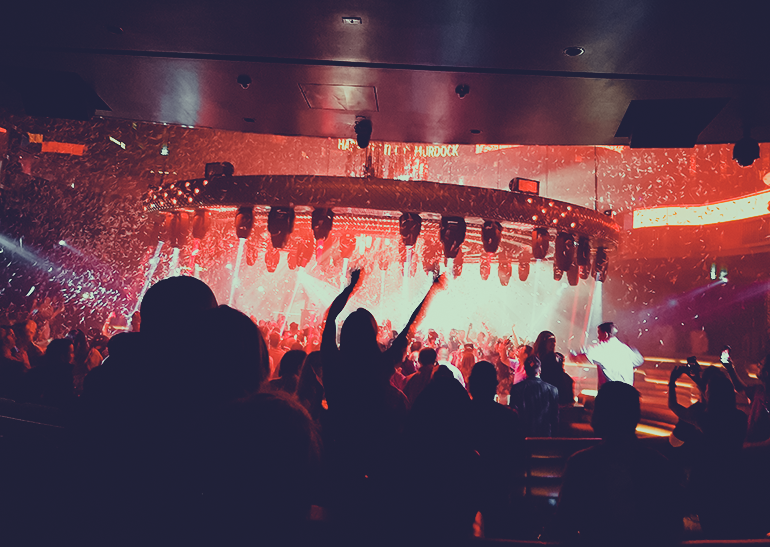 In the following days, we continued to do stuff that is in any Vegas tourist to-do-list. For example, we went to Gordon Ramsey’s famous Hell’s Kitchen restaurant. Dāvis, my companion on this trip, as well as partly its initiator had reserved us a table, but we still had to wait in line. At the start, we just chatted between each other, but it seemed like this hour will be spent in boredom, till girls, who were standing in front of us, turned around. One girl, who later turned out to be a literature teacher for middle schoolers, said that our language seemed interesting to her and asked where are we from. At that moment, the girls' openness didn’t surprise me, all the people in America were unusually nice and ready to start a conversation with strangers. Of course, girls were also intrigued by our unusual language and exotic European charm. Dāvis and I were as well intrigued by the girls’ exotic and alluring American charm. Long story short, two tables for two turned into one table for four. After the restaurant we persuaded the girls to spend the following evening together, going through the smaller Vegas streets and bars.

One more adventure was going to Death Valley. We rented a yellow Ford Mustang convertible, to really enjoy this trip. It’s really unbelievably hot there, but the locals say that during nighttime you might freeze. Death Valley is something everyone should see in their lifetime. The Vegas hotels disappeared pretty fast and all we saw was large, vast desert and majestic mountains. I would call it a surreal view, honestly pretty unbelievable that there is something like that on the Earth. While walking through the vast salt lakes you get the feeling like you’re in a “Star Wars” movie on some distant planet. Just standing in the middle of the field gives an illusion that you are somewhere far from civilization because wherever you look, there is no sign of life.

When back in the city we again focused on something more worldly, such as going to clubs. Interesting, that even on 7th January, which was just a Tuesday, Omnia nightclub was filled with people. I’m talking thousands. Well, the party wasn’t anything special, compared to the New Year’s party. Maybe I just wasn’t in a party mood. But then I saw a beautiful blonde standing next to the bar and, quite naturally, went to her and we started chatting. We didn’t talk for long, because I took her hand and we went to the middle of the dance floor. We danced all night till the club was about to close. The girl had a very short, tight dress and she didn’t have any panties on. From time to time I checked her dress, which was constantly sliding up, so the whole club wouldn’t see her nakedness. The moment when the music stopped, we were holding each other and making out. After getting back into reality, I realized that I have no plan on what to do with this beautiful girl further. We went to a hotel pool. We started talking about life in the USA and in Latvia and how they were similar but also so different. I didn’t want the romantic evening to end, so I thought of a plan. In American movies, couples always go skinny dipping. I persuaded the girl to jump in the water with me, naked. I hadn’t thought of water being so cold during the night and we froze in a moment. Good, that I could save the situation by offering a warm shower in my hotel room. She agreed. We went to shower together and warmed up so much that we didn’t even get to the bed. The next morning the girl quickly took her things and disappeared. When I checked her Instagram account I understood why - she had pictures with her husband (or boyfriend) and children. Now I have experienced the saying that goes - What happens in Vegas, stays in Vegas.