["https:\/\/mrhunter.blog\/how-not-to-get-involved-in-serious-relationship\/"]
Where I was during the summer?

I've received a lot of feedback on this blog lately. There are both constructive criticisms and very positive compliments, and I would like to thank everyone who reads this, and especially those who comment and share their views, both publicly and privately. Such comments and letters help to continue what I have started, and I am really grateful for every good word as well as constructive criticism. Several of you have said that you would rather hear the backstage of my life more often, and I'm going to commit to writing these articles more regularly. One of the reasons this regularity lingered this summer was because I rarely sat at home at the computer in such hot weather, but enjoyed life instead. In this blog post, I will try not to go into too much detail, instead I will give you a rough idea of ​​what has happened in my life in the last 3 months. 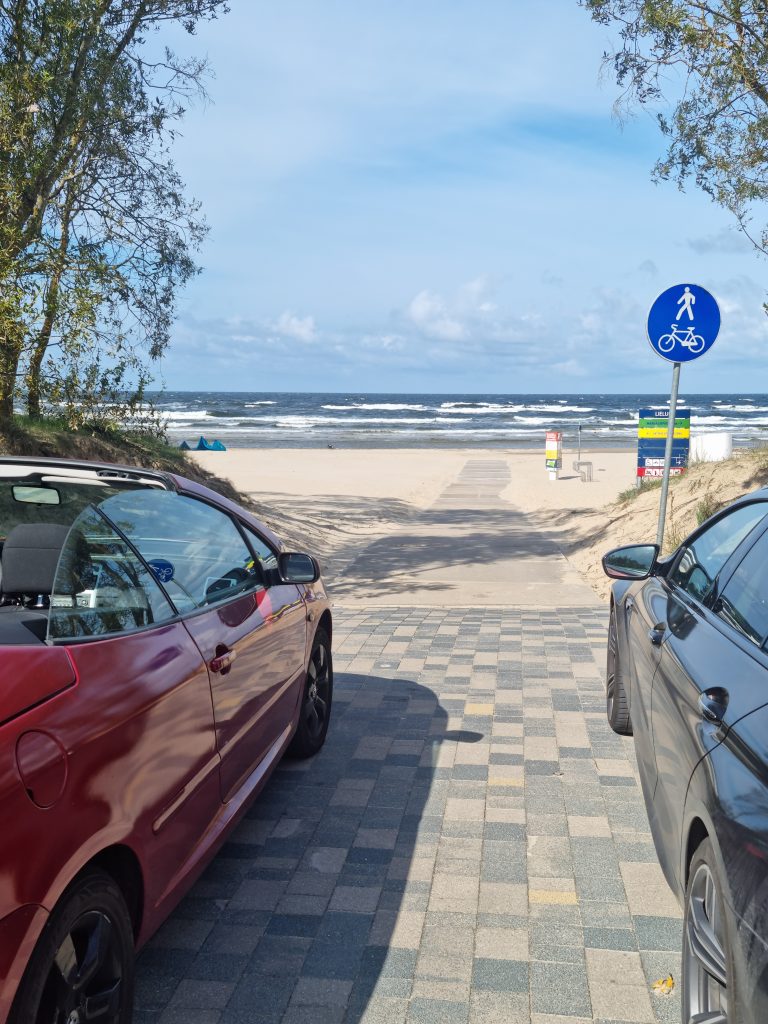 So, getting rid of our drama ladies Anna and Ramona, we made an agreement with Dāvis that we would avoid any serious relationship this summer. That did not mean that we would avoid the company of girls. I had written before that at the very beginning of June, Dāvis surprised me with his macho behavior and arranged a date for us with Alise and Kristīne, and we kept in touch with the two girls all summer long. Dāvis got Kristīne on the first night, while Alise and I communicated slowly, exchanging flirty texts from time to time until we inevitably agreed to meet again at Midsummer.

Until the last moment, I didn't know where to celebrate Midsummer. There were few offers, but none of them really enticed me. As I regularly texted with Alise and we tried to meet each other for some time already, she offered to celebrate Midsummer in her family house in Garciems. With a couple of her friends there, the only problem was that there would be her parents too. Dāvis and I decided to go to Alise's family event, but since we realized we couldn't spend the night with the girls the way we wanted, we already warned them ahead that we would only stay there for a few hours since in the evening we had to go to another party. And that's what we did - we spent a few hours in the company of very nice people. It's good that Alise introduced me to her parents simply as a friend, not her boyfriend. When evening came, we decided to move on, even though we didn't have a clear plan or a specific invitation to join a party, but we decided that here with parents around we won't find any luck tonight,

Not too far from Garciems, on the shore of lake Ķīšezers in Ozolkalni, one of the parties to which Dāvis was invited had to take place. Dāvis' family once owned a summer house in Ozolkalns, and Dāvis had spent his childhood summers there. Shortly before Midsummer, he was approached by a childhood friend with an offer to join the party. Dāvis had refused from the beginning, but considering that there was no better option now, we decided to go there. Dāvis called his childhood friend, but no one picked up the phone. Whatever, probably a good party where no one hears a phone call. When we arrived, we almost started laughing at the fact that we would spend Midsummer driving through the districts of Pierīga. The house and yard where the party was to take place were completely empty. We later learned that Dāvis' friend had received too many refusals and decided not to celebrate there and had gone to visit other friends. We were so unlucky. Come on, it was already close to ten in the evening, and I started to want to hang out somewhere and start drinking beer. Davis could sip his beer while sitting in the car, but I had to steer the wheel. All the other parties we were invited to took place very far from Riga, and we didn't want to go on an hour-long trip now. We thought about what to do until Dāvis simply said, "Let's go swimming."

I also was kind of annoyed from all of this and I agreed. So we got in the car and went to the nearest beach in Kalngale. When we got to the beach, we took off our clothes and went inside the water. At that moment, a bunch of young people ran into the sea next to us, thet apparently already started drinking and celebrating Midsummer. Quite naturally we started with Midsummer greetings, wishes for a good holiday and positive comments, until we had a coherent conversation with the host. He asked us to join him for a beer and taste his Jāņu cheese at his home. Since we did not have a better offer, we agreed immediately. So we spent Midsummer with people we didn't know from Kalngale beach and I can say that it was one of the most normal Midsummer parties I've ever been to.

I spent the end of June and the beginning of July on various adventures. My strategy was simple - to say yes to everything! When some people invited me to a party, I said "yes" without thinking much about it. So I spent one weekend in a tent (I'm not a fan of tents at all) camping on the shores of Lake Usma. Another time I agreed to try an authentic sauna ritual. It must be said that if you have not enjoyed a sauna ritual accompanied by a professional bather, you have not really been to the sauna. Until now, it seemed to me that the main thing in the sauna was to withstand the heat, but after this sauna procedure I realized that I used to feel benefit when I left the sauna, but now I know that the maximum heat has nothing to do with the sauna, and the biggest benefit is the sauna ritual itself. I had never felt so clean and relaxed after enjoying this ritual. The only downside - this ritual was performed by a hefty old lady, if it were a sexy masseuse, it would be an even better event.

In the middle of July, I finally got to know Alise better. Dāvis and I were both invited to a garden party at her home, this time without angry parents.

1) I finally "clicked" with Alise, which ended in our disappearance in her bedroom.

2) Davis behaved again like a completely different person than before.

The thing is, Kristīne was at that party, too, and even though they weren't a couple, Dāvis had met with Kristīne several times during that time and spent more than one night together. However, at this party, Dāvis' attention was drawn to a friend of Alise and Kristīne, let's call her Andželika, and Dāvis started flirting openly with the new acquaintance. It didn't seem okay to Kristīne, and during the evening the relationship between the two girlfriends began to conflict. Dāvis seems to be amused by this situation, and he made no attempt to resolve the current conflict, instead giving compliments to both girls as if he wanted them both to get to bed with him at the same time. I'll tell you right away that he unfortunately failed, but Andželika left the party at a time when it seemed that the girls would start actually fighting. Dāvis was noticeably disappointed with the girls' fight, and even said it out loud, as if joking. But Kristīne didn't like Dāvis' jokes like that, and that night Dāvis was left without women's company. I was on various small trips around Latvia, until the weather got worse at the beginning of August, and it seemed that suddenly the summer was stolen from us. In August, after a long time, I finally went on my first trip to warmer countries, but I will write a separate article about the trip. I was on a couple of dates with Alise, but my goal of not getting involved in a relationship was still very high on my list of priorities, so I didn't meet her too often to not give the girl hope. I flirted with other girls at the same time and didn't miss the opportunity to have a one-night stand. I also kept looking at what's new in Tinder from time to time, but since Valērija I hadn't been to any new Tinder dates. Those summer parties and girls I met at parties were enough. By and large, my goal of not getting involved in a relationship was complete. In this regard, I even developed a guide / checklist for myself - "how not to get involved in a relationship". It may sound a little cynical, but it worked perfectly this summer.